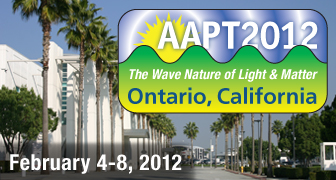 Sunny Ontario, California was the home to the 2012 Winter Meeting of AAPT, hosted by the Southern California Section.

AAPT hosted the 3rd Annual Fun Walk/Run, a fundraiser that supports our meetings and conferences. The Out-Laws of Physics, a five-person band emanating from the Physics Department at Cal Poly University, Pomona provided a fun evening of music. Attendees also had a chance to visit area shopping malls and wineries, and take a tour of NASA's Stratospheric Observatory For Infrared Astronomy (SOFIA).

The life and legacy of Len Jossem were honored during an elegant reception and dinner. Jossem was one of the prime international leaders in physics education. The net proceeds from this event will benefit the E. Leonard (Len) Jossem International Education Fund and will be available to any AAPT member actively engaged in the teaching and learning of physics: graduate students, post doctoral fellows, and high school, college, and university faculty.

The Meeting theme was "The Wave Nature of Light & Matter." Maxwell's equations were formalized 150 years ago, and this is the 75th anniversary of the Davisson-Germer Nobel Prize. California is known for its water waves, and fluid dynamics is an important area in the beautiful animated movies we have come to enjoy and associate with this region.

Dr. Ron Henderson of DreamWorks Animation presented our first plenary talk. He is responsible for developing physical simulation and procedural modeling tools that have been used for key visual effects in films such as Kung Fu Panda, Monsters vs. Aliens, and Puss in Boots. Prior to joining DreamWorks in 2002 he was a Senior Scientist at Caltech with a joint appointment to the Applied Math and Aeronautics departments where he worked on efficient techniques for the direct numerical simulation of fluid turbulence. He received a Ph.D. from Princeton University. Due to the proprietary nature of his material there is no re-broadcast.

The annual Symposium on Physics Education afforded attendees the opportunity to learn about updates to public policy and development of new standards in STEM education. The Symposium on Physics Education featured Helen Quinn, theoretical physicist and SLAC Professor Emeritus who chaired the National Academy of Sciences committee that issued "A Framework for K-12 Science Education" about national standards; Howard Gobstein, Vice President, Research and Science Policy of the Association of Public and Land-Grant Universities and co-director of the Science & Mathematics Teacher Imperative, and Pat Heller of the University of Minnesota who is an AAPT activist in the area of physics education standards. 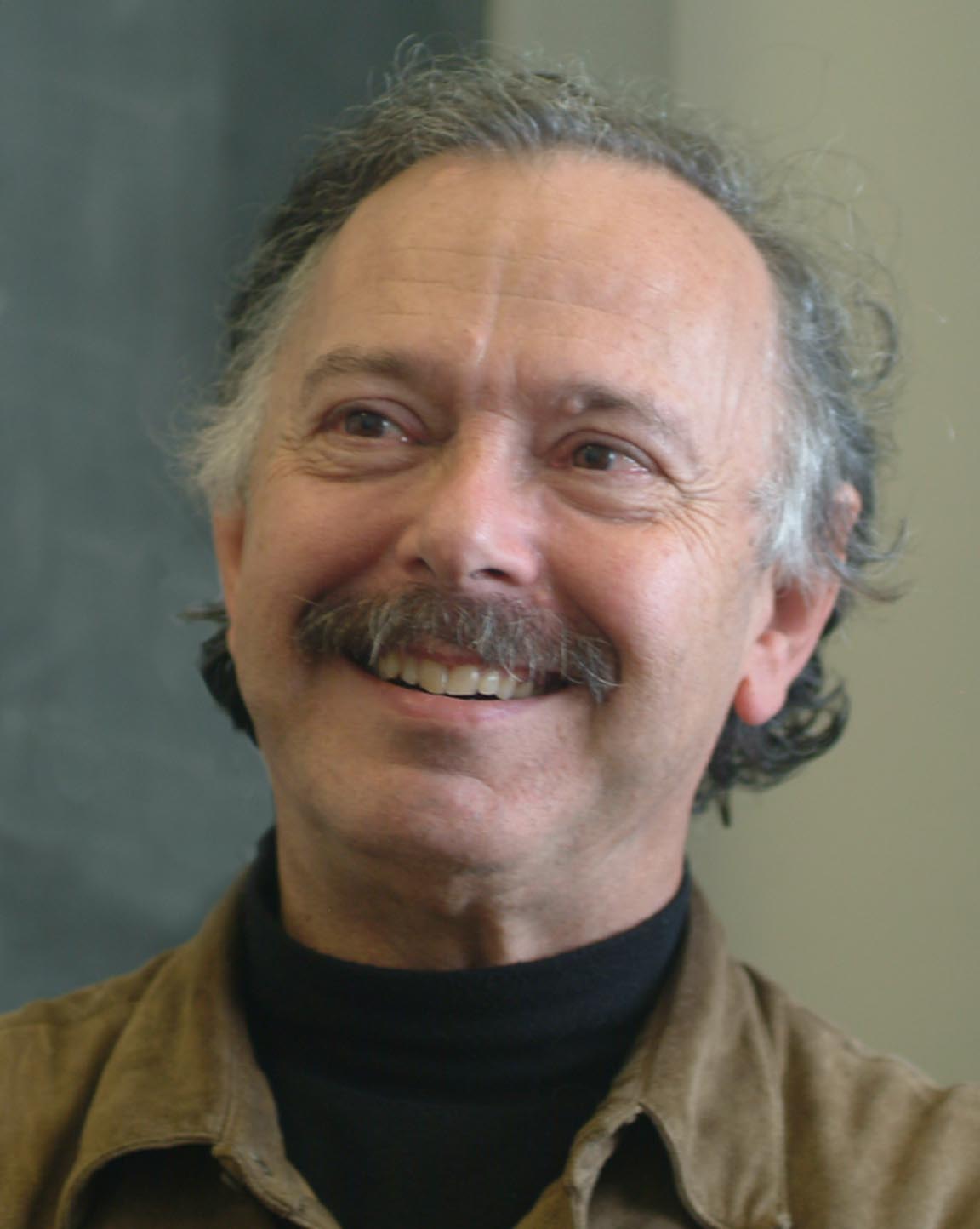 We also had an opportunity to get involved in AAPT's efforts on Real World Problem Solving, the area of a recent grant to which AAPT is a partner with Project Kaleidoscope. In part, the FIPSE grant is to find ways to incorporate 21st century, real world problems into the physics curriculum. We introduced this with a crackerbarrel and a plenary talk by "Physics for Future Presidents" author, Richard Muller, well known author and professor of physics at the University of California, Berkeley. 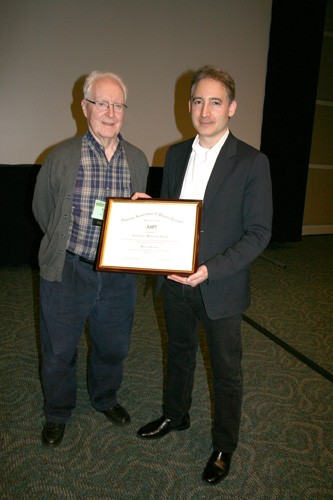 Other exciting plenary sessions featured our award winners. Richtmyer Memorial Lecture Award winner Brian Greene, well known author and professor of physics at Columbia University, is widely recognized for a number of groundbreaking discoveries in the field of superstring theory. Greene spoke on the topics of "Cosmology, Dark Energy, and String Theory." 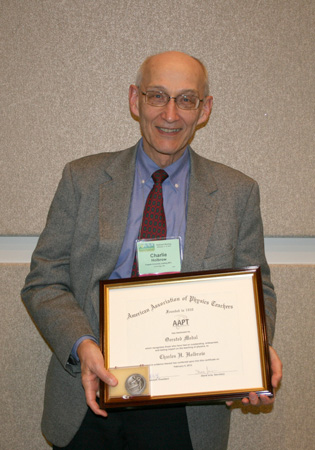 Oersted Medal recipient Charles H. Holbrow's talk was entitled "Making Physics Make Sense—Narratives, Content, Witz." Charles A. Dana Professor of Physics, Emeritus at Colgate University, he has served AAPT as President, Senior Staff Physicist, and Executive Officer. Additionally, he has been editor of the New Problems section of the American Journal of Physics and is Co-chair of the 2012 Gordon Research Conference—Physics Research and Education: "Astronomy's Discoveries and Physics Education."

Distinguished Service Citations were presented to Elizabeth Chesick, Peter Hopkinson, and Jan Tobachnik.  Chesick was recognized forher service as a Section Representative, PTRA, Area Committee Chair, and Executive Board Member.  Hopkinson's service as a Section Representative, member of the British Columbia Section of AAPT, and service on the AAPT Nominating Committee were cited. 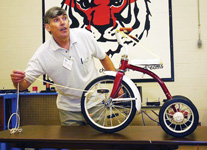 Jan Tobochnik's outstanding decade-long service as editor of American Journal of Physics were recognized citing his work to implement enhancements such as including color online figures, online animations, color figures on the cover, and incorporation of the PER section.  His role included service on the AAPT Executive Board and the Publications Committee as well as the AIP Committee on Publishing.

John David Jackson Excellence in Graduate Physics Education Awardee Kip Thorne, well known author and Caltech Feynman Professor of Theoretical Physics, Emeritus has made a tremendous impact on our understanding of gravitation and astrophysics. He and his research group have provided theoretical support for LIGO, including identifying gravitational wave sources that LIGO should target, and laying the foundations for data analysis techniques by which their waves are sought. His talk, "Black-Hole Research: A New Golden Age," is available online. 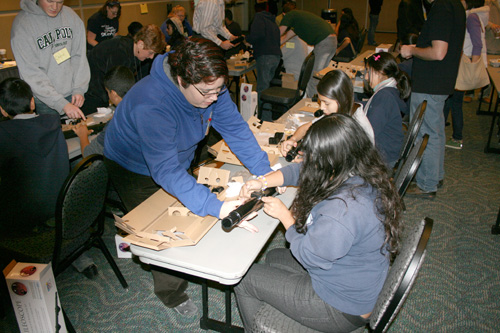 The annual Sees (Students Exploring Engineering and Science) program featured opportunities for underprivileged students from nearby schools to enjoy some hands-on physics experiments as well as career guidance and some take-home goodies. Volunteers from AAPT and the Society of Physics Students conducted the event, guiding experiments and helping with the assembly of Galileoscopes. These students had a fun-filled day and the gift of science education. 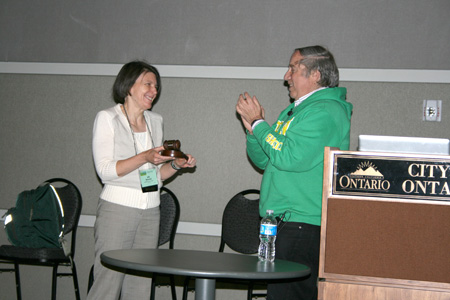 The closing session at the Winter Meeting is dedicated to the transfer of the AAPT Presidency to the President-Elect.  President David R. Sokoloff reviewed the highlights of his term and included a very entertaining and useful presentation on the "Top Ten Reasons to be an AAPT Member." David M. Cook and Marie F. Plumb were thanked for their outstanding service as they leave the AAPT Executive Board. Jill A. Marshall began her term as AAPT President at the conclusion of the 2012 Winter Meeting.

We concluded the week greatly enriched by the talks we heard on a wide variety of topics. The discussions we shared and the active participation helped us become even better teachers at every level. We faced some of the changes coming with the new Elementary and Secondary Education Act, considered how to evaluate the teachers we prepare, and supported undergraduate research at Two-Year Colleges. We learned how to increase diversity in our classrooms as well as how to better serve graduate students.