Intel ISEF is the world's largest international pre-college celebration of science. Held annually in May, the Intel ISEF brings together more than 1,500 students from 40 nations to compete for nearly $4 million in prizes and scholarships.

The American Association of Physics Teachers (AAPT) and the American Physical Society (APS) have been active participants in ISEF for many years, sponsoring prizes and providing judges. 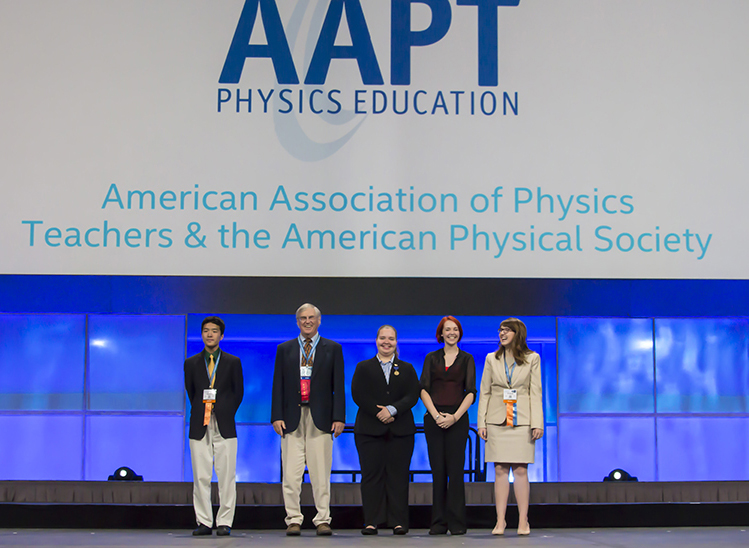 Top award winners receive a one-year AAPT and APS student membership, a certificate from both AAPT and APS, as well as one-year electronic subscriptions to AAPT's journals, "The Physics Teacher," "The American Journal of Physics," and other APS journals. Each sponsoring teacher of a student who receives an AAPT and APS award also will receive a certificate.

For further information about the competition, or for rules and entry forms, please contact the Society for Science and the Public at:
Intel International Science and Engineering Fair (ISEF)

Lists of winners from previous years are also provided on the ISEF website.