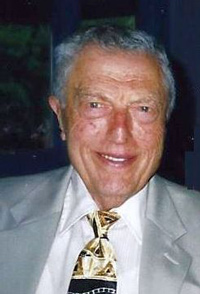 An endowment fund, established in 2015, to support the professional development of new high school physics teachers.

The proceeds of the fund will be used to pay the costs for new high school physics teachers to participate in professional development activities specific to teaching physics, such as mentoring, attending professional development workshops, attending conferences, networking and sharing knowledge with other new physics teachers, covering the cost of instructional equipment, and/or becoming a member of AAPT.  AAPT may also use proceeds of the fund to improve and/or expand its current programs that directly support new high school physics teachers.

This fund is intended to be of particular help to physics teachers new to teaching high school physics whether they recently graduated with teaching credentials, crossed over from another subject area, or changed careers.

Prior to assuming this citywide position, he was a teacher of physics at Far Rockaway High School; he also taught at Cooper Union, New York University, and Brooklyn College. He wrote numerous articles, and co-authored the book, "100 Famous Scientists." He was an advisor to the Physics Club, Chess Club, and Arista, the student honor society.

He enjoyed teaching high school and college physics students and relied on a carefully planned questioning technique to help students learn to solve problems and apply the scientific method. He was a demanding teacher who expected a high degree of student involvement, but who was also kind, encouraging and persuasive. He enjoyed all of the sciences, but teaching physics was his favorite.

Bob served as President of the New York City Physics Teachers Association. During his tenure as president, he invited numerous famous scientists to address their well-attended meetings. He taught many in-service courses for beginning physics teachers, and encouraged them to join professional organizations in order to keep their knowledge up-to-date.