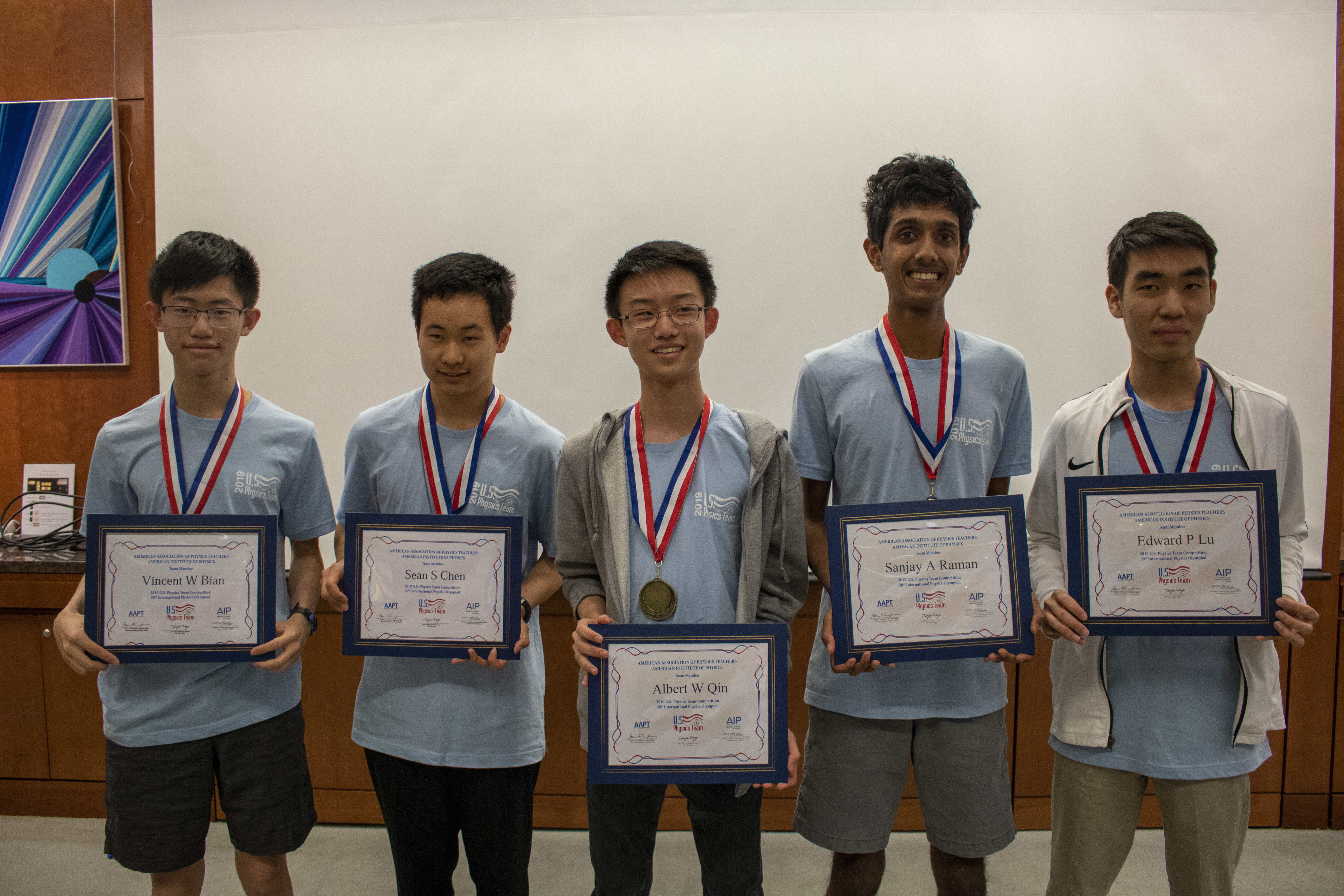 June 7, 2019, College Park, MD — Five students have been selected to represent the U.S. Physics Team as the 2019 Traveling Team at the 50th International Physics Olympiad, a competition among high-school physics students, to be held July 7 –15, 2019 in Tel Aviv, Israel. They will be accompanied by coaches JiaJia Dong and Mark Eichenlaub.

"You all worked hard to get here and you made it. Please help bring more students into your circle." said Academic Director, JiaJia Dong, about the twenty member team. "The entire team is great, but these five will represent the U.S. at the International Physics Olympiad competition."

The students attended a rigorous training camp at the University of Maryland, where, they had the opportunity to improve their laboratory and problem solving skills, hear special lectures by prominent physicists, and interact with other exceptional physics students from all over the United States. The training camp experience is immensely valuable for the students. The instruction provides an introduction to university style teaching and equipment. Students become familiar with aspects of first year university curricula in physics which in turn accelerates their studies during their remaining time in high school.

The U.S. Physics Olympiad Program was started in 1986 by AAPT to promote and demonstrate academic excellence. It continues to be supported as a joint initiative between AAPT and AIP. The nine-day International Physics Olympiad brings together pre-university students from more than 70 nations.

MORE ON THE WEB