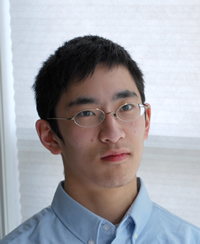 I often play Frisbee on weekends, spending hours practicing throws at my local high school. Despite the fact that I very rarely throw curves in games of Ultimate, I almost exclusively throw curves and tricks in practice. Practicing Frisbee this way is as much a creative display of amazing physics as it is a improving at my favorite sport.

Like many humans, I grew up in an environment with restricted physical variety, where all objects had small-but-not-microscopic masses and low maximum speeds, and electric appliances hid their secret mechanisms behind safety casings. Very rarely did anything amaze me in this setting, as I never saw any surprising physics principles first-hand. I was first intrigued by physics with the Frisbee, an object designed to take advantage of air resistance and rotational physics to produce a wide variety of trajectories.

After taking a physics course online during my freshman year, I flew to Stanford to do the corresponding physics labs. There, I saw that Frisbee is merely one of the many instances in which humans developed techniques and designs to take advantage of the principles of physics; we used a diffraction grating, for example, which uses the wave nature of light, in order to attempt to measure hair width. With these labs, I developed a fascination for physics and the incredible world around us. Big thanks to Cameron Schaeffer and Raphey Holmes for leading us in labs and classes, respectively.

As a person, I am very determined, calm and curious, perhaps eccentric, and a little mysterious. I seem to be strongly motivated by people with similar intellectual interests, and look forward to meeting the team.