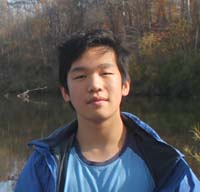 I was not always very interested in physics. As a child, I was exceedingly lazy. So much so that anything which required critical thought was too tiresome for me to handle. I was one of those kids didn’t care too much about learning or school in general. When my dad first encouraged me to study physics, I was hesitant. Learning physics felt boring, it required too much thinking. I viewed it as a chore, homework to quickly get done and move on. However, as I learned more and began to truly understand the science, I learned to appreciate the physics. I finally began to enjoy it. This culminated in my reading of my favorite book of all time, “Introduction to Classical Mechanics” by David Morin. I learned a lot out of that book, reading on how physics works, and having fun solving his various problems, but probably the most important thing that I got out of it was an appreciation of the the beauty of physics.

Many people argue for overwhelming practicality of chemistry and biology, and others take refuge the simple elegance in the logic of math. Yet, I have found physics the most appealing of all of the sciences. There is something beautiful in the way that physics is able to translate the world into simple mathematical expressions then after a little bit of manipulation, find meaning in the math. It simply blows my mind how with just a little over one page of work and a sufficient amount of information, we can know the precise location of a planet light years away, eons into the future. Physics has the potential to explain everything in this universe. One time I even tried to use Lagrangian Mechanics to do a detailed analysis on the water bottle flip. (It didn’t work, I had to approximate the water as a point mass in order to make the problem feasible but I ended up with a set of four very complicated differential equations and soon the realization that the initial approximation was flawed). As I studied physics throughout the years, I was also involved in other things. I learned chemistry, was part of a science bowl team and developed a medical device on an InvenTeam. However, in all likelihood I could not have done a single one of these things without studying physics along the way.

Personally, I believe that those who do not enjoy learning science probably do not truly understand the science itself. Yet, it takes some time and effort to really get into the science. As such, learning science is kinda like an investment, one that I feel not enough people are willing to make. There are a lot of people who have helped me transform from a lazy little boy into someone with an adequate understanding of a science. My friends, my family, and my teachers have always encouraged me to work harder, and my dad has always taken the time to properly explain the confusing physical concepts. Several years ago, I never could have imagined making it this far, but needless to say, I am very excited.