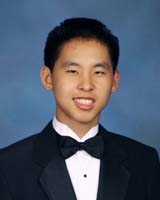 I’ve physics-ed my way through high school for four years and learned a bit about fields, dels, waves, and the importance of having patience and staying positive. Looking back, however, physics has changed me the most in how I think of learning and teaching.

Physics was the first subject in which I seriously read advanced textbooks, which I enjoyed so much it’s spilled over into other areas; this year, besides physics texts, I also read economics, law, and sociology books. The learning skills I acquired from physics help when learning other subjects. How do you restate a problem? How do you organize information in your mind? When do you give up on something you don’t understand and put it off for later? I don’t necessarily believe that information picked up from one subject easily carries over to other subjects, but sometimes it does. The momentum-space used in quantum physics looks suspiciously like the quantity-space used in economics to maximize consumer utility subject to a budget constraint, and streamlines in physics remind me of indifference curves in economics. In both physics and economics, mathematical constraints take on physical meanings, which invites intuition as a method to motivate and explain mathematical results.

I’ve found a passion for tutoring over the past two years and sometimes actively seek friends to tutor, often in physics. I count people like Ms. Morgan, Dr. Vong, and Mr. Scofield – my physics, math, and history teachers, respectively – as towering figures in my education because they taught me, by way of example, how to teach. I try to synthesize my favorite aspects of their teaching styles when I tutor, and oftentimes flashbacks to their classes guide me to a certain method of explanation. The key idea in teaching is flexibility: knowing of multiple paths from premises to conclusion and helping your student down the path that makes the most sense to them. Afterwards, show them the paths they missed the first time. (You solved it using forces? Now do it using energy conservation.) Teaching is challenging, rewarding, and definitely in my future.

I’d like to thank my parents, teachers, and friends for supporting me and helping me grow as a person. Physics camp and IPhO last year were great opportunities to meet new people, and I look forward to another exciting physics camp!