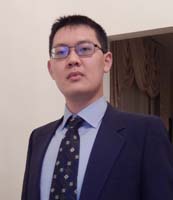 In our garage sits a relic from elementary school: a homemade, small scale shake table.

One day in third grade, my dad brought home a picture of the then tallest building: Taipei 101. Along with this picture was a schematic of the tuned mass damper that was inside the building: a 5.5 meter diameter sphere made with 728 tons of steel suspended more than 300 meters above the ground. This damper allowed the building to withstand the powers of large winds as well as earthquakes.

My first question was how a giant ball inside of a building could prevent the building from collapsing. This essential question propelled me to test this system. Using a tall cardboard tube to mimic a high-rise building, a tennis ball inside the top of the tube to mimic the damper, and the shake table, I was able to prove to myself how a swaying ball was able to protect a building. I submitted my experiment and results to a local science fair, and my project was recognized by the ASCE of St Louis. I was invited to an awards dinner and given a $50 check for my investigation. I was rich! (by third grade standards) This was my first major step exploring the world of physics.

Since then, up until high school, I have acquired much of my knowledge from the internet. While cat videos do get plenty of views, I prefer to spend time reading about breakthroughs in modern technology or demos of unique natural or scientific phenomena. YouTube is one of the ways I reach a world which I cannot physically reach. I enjoy watching videos that teach about nature, show how to make DIY electronics, and lecture about the quantum world. On a rare occasion, a cat might be seen chasing a laser pointer across my screen. Don't worry! I'm watching this in the name of studying the peculiar interactions between the feline species and radiation emitted through stimulation causing the amplified red light!

Walking into high school, I took every physics class and opportunity offered as early as I could. But yearning for more, I sought to explore physics much further. Through a research program, I was able to connect with Dr. Demetrios Sarantites from Washington University in St Louis and now study with him regarding experiments in nuclear physics and studies in quantum entanglement. Dr. Sarantites has taught me the fundamental theory of his research and has allowed me to assist him in conducting experiments. I am lucky to have him as my mentor.

This has been my journey so far. I am so grateful to have the opportunity to be a member of the US Physics Team. I look forward to meeting other great minds in the ten days.