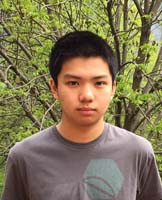 As a child, I was fairly lazy and reluctant to do anything academically related. At the direction of my parents, I tried to do well in school, but the nature of my education was limited to what my teachers had introduced to me. My first foray into academics came in 6th grade, when I started to participate in the school’s MathCounts team, qualifying to the State tournament before crumbling away to obscurity in placings. Again, such effort to do well in those competitions came entirely from the discretion of my parents, and whether or not I practiced depended heavily on their presence and how much they paid attention to me.

Such was the status quo as I entered and left Middle School, and throughout High School as I gradually became more experienced through time, but deteriorated with a lack of practice and dedication towards math. It is rather fitting that my best AMC 10 score was the one I took in 7th grade. In general, I simply felt that however much I did it, or however much I excelled or failed, I was never really motivated to learn it. Left to my own devices, I would never have picked up an AOPS book, or started doing math tests from previous years, or joined any math team or club.

The rest of High School, however, was a different story. After messing around in Speech and Debate freshman year, I joined our school’s Science Olympiad team, where I found company with other like-minded souls. I began to enjoy doing my events, working throughout the year by my own volition. It was a new experience. As I progressed through my sophomore and junior years, I began to be more invested in the club, spending considerable time preparing for competitions. It was from this that I first began to have anything remotely resembling a reasonable work ethic, which carried on to my future endeavors, including physics.

I started to learn physics the regular way -- taking AP Physics C courses at my school. Although the material was quite new to me, I got impatient at the pace at which it was taught, and began watching MIT OCW lectures by Walter Lewin to supplant my knowledge. From there, I became entranced with the conceptual side of physics: why and how everything worked. Although I cannot disagree with the functionality and utility of other subjects, it was from physics that I truly began to appreciate the majesty of the universe. No one can disagree with sulfuric acid’s ability to burn through skin, but the implications of Einstein's theory of relativity seemed so undeniably backward that they captured the very depths of my imagination.

The pursuit of physics was not an overnight transformation. Countless mentors and friends helped me on this journey, and I’d like to thank Mrs. Messer and Mrs. Hansen for always encouraging me to pursue science, as well as my peers for their support and lack of belief in my shortcomings.