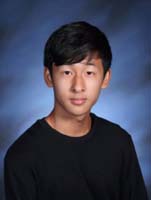 I formally started learning physics in high school, but my first interaction with physics actually started when i was much younger, when my parents first took me to the Princeton Plasma Physics Lab during their open house. There, I got to see the large machinery that they use to do experiments. I still remember my hair rising after touching the Van de Graaff generator, and seeing metal cut using jets of water. Although I didn’t understand much of it (and probably still won’t) it was a very cool experience and it increased my interest in science. In the Saturday science lectures that they hosted, I learned about the Large Hadron Collider, and about some of the current science mysteries that we still don’t know much about. When I was young, I was interested in science, but I did not know yet that physics would be the one I would later focus on and learn to love.

Like many others, my entrance into physics was a result of my previous passion for math. In middle school, math was my main academic focus and I competed in the Mathcounts competitions. I discovered that math is not just the tedious calculations people think it is, but rather involves a lot of creative thinking and intuition. Now in high school, I participate in many team math and science competitions, which often are the highlights of my year. Through math I learned problem solving skills and creative ways of thinking which helped me a lot with the way I approach physics problems.

I don’t really have an interesting story of how I started learning physics: my dad has a major in nuclear physics, and one day he taught me a bit of kinetics. While it didn’t seem like anything special at first, I later got hooked by how it helps to explain the world around us, as well as the unique style of problems. When I learned how calculus fit into physics, I became even more interested for it brought a new dimension of complexity into the problems. While it can be frustrating to be baffled by a single problem for hours, there’s no feeling better than finding that one piece of information needed to fit all the puzzle pieces perfectly together.

Outside of math and science, I play the piano and also play the cello. I’m in several orchestras and also chamber groups. I also play ultimate frisbee, and enjoy watching animated movies by Disney and Studio Ghibli. I’m immensely grateful to my parents and brothers, for they played a large role in supporting me, motivating me, and shaping me to become the person I am today. I would not have been able to make this journey without the help of my teachers, and also my friends who have studied and competed with me. I’m extremely excited to be attending the training camp, and I hope to learn lots of cool physics.