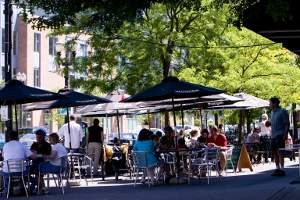 Q: What distinguishes Portland, Oregon from the rest of America's cityscapes, or from the rest of the world's urban destinations, for that matter?
A: In a Northwest nutshell… everything.
For some it's the wealth of cultural offerings and never-ending culinary choices, for others it's Portland's proximity to the ocean and mountains, or simply the beauty of having all these attributes in one place. Strolling through downtown or within one of Portland's numerous neighborhoods, there's an unmistakable vibrancy to this city—one that is encouraged by clean air, infinite trees, and a diverse blend of historic and modern architecture.

Portland is served by six public school districts and many private schools. There are also many colleges and universities - the largest being Portland Community College, Portland State University, and Oregon Health and Science University. The city is also home to such private universities as the University of Portland, Reed College, and Lewis & Clark College.