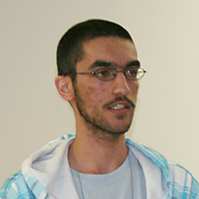 When I was in kindergarten, my parents noticed that I really liked numbers. My dad took it upon himself to teach me one of the most advanced math topics he knew - multiplication. I remember feeling so proud that I could multiply single digit numbers together while my peers were still learning how to count to one hundred. It was obvious that I was prepared for math classes with students in higher grades. However, I was never actually presented with the option to do so. For nearly ten years, I continued to take the classes students my age were taking. I was so bored in school because there was nothing challenging for me in either math or science. And not a single one of my teachers knew about extracurricular math or science competitions. My love for science started to dwindle away and it seemed like the same was about to happen to my love for math. I had given up on finding math or science enjoyable ever again.

I finally got my first taste of academic competition in my sophomore year when my chemistry teacher signed me up to take the AMC 10. I discovered the challenge I had been seeking all this time! My teacher then told me about the science competitions, but I was not yet prepared for those.

In my junior year, I was put into an honors physics class. The funny thing was that normal physics problems were actually challenging. The problems were not like the simple, repetitive exercises I found in my math homework. I struggled with physics at first, finding it a little too difficult. Shortly before the F=ma exam rolled around, I finally got the hang of it. I quickly crammed as much information about mechanics as I could and barely qualified for the semifinals that year. I then bombed the semifinals because I still knew nothing other than mechanics. I only learned basic electromagnetism (and a few other topics) in class after the semifinals were over.

In my senior year, I signed up for AP Physics C: Mechanics with the same teacher as last year. Because I already knew the material covered in class, I was able to spend class time studying the other topics in physics instead. When I took the semifinals this year, I was excited because I knew that my score had at least tripled. I was surprised, however, to find out that I had also qualified to attend the physics training camp.

Now would be a good time to thank all the people who helped me get this far - Mr. Morgan for introducing me to the wonderful world of academic competitions (and helping me survive in it); Mr. Quimby for being such an awesome physics teacher; my best friend, Brian Tom, for constantly pushing me forward; and of course my parents and brother for all their love and support.

I'm really looking forward to meeting the rest of the team at camp. See you all there!