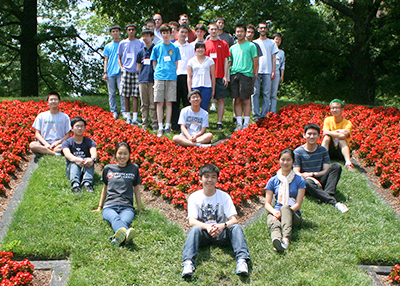 Team at University of Maryland

Each year, AAPT and the American Institute of Physics (AIP) sponsor a competition for high school students to represent the United States at the 2013 International Physics Olympiad Competition. The mission of the U.S. Physics Team Program is to promote and demonstrate academic excellence through preparation for and participation in the International Physics Olympiad. 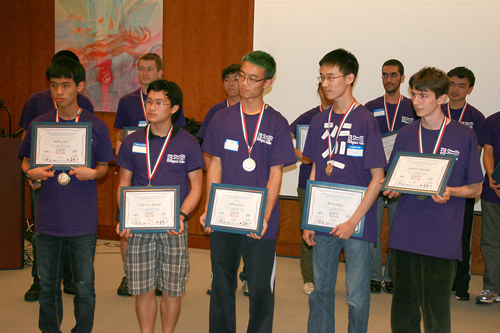 The 2013 Physics Team Welcome Reception and the start of training camp.

Semi-finalists have been selected!

The cutoff score to qualify for the Semi-finals is 12.25 on the F=ma exam, teachers will receive an email with a link to view their students scores.

The Semi-final exam will be emailed to teachers by March 1st, the dates for the exam to be given are March 4-22, 2013. Semi-finals are due back at the AAPT office by March 27th.