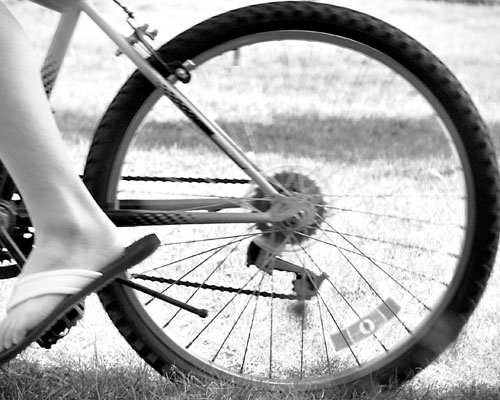 If one looks at the wheels of a moving bicycle or a car on the road, a strange phenomenon can be observed. As I rode across the lawn, a camera, with a set timer, captured the wheel of my bicycle. The question is though, why are the top spokes of the bicycle wheel blurred while the bottom ones are sharp?

At the top of the wheel, the pure rotation and the pure translation yield a net velocity in the same direction as and twice the translational velocity of the bike. This higher net velocity results in the spokes near the top being blurred because the camera captures them at multiple positions in the 1/160 of a second its shutter is open.