Icicles From Down Under by Paul Doell Manning 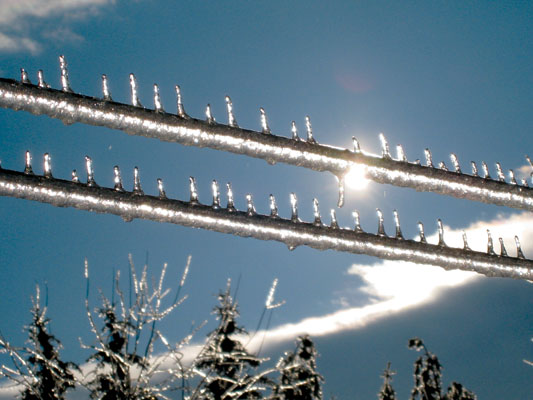 An ice storm in December 2008 left everything about us coated in a layer of ice. The deposition of ice began slowly enough for small icicles to form on our clothes line. Soon, however, the ice formation started to pick up speed, and the ice on the line became top-heavy, causing it to flip over. Still, one defiant icicle formed in the new orientation.