The 2014 Summer Meeting celebrated the fun of physics and physics teaching. The University of Minnesota was a great on-campus venue, with workshops and sessions being held in university buildings. The meeting was a time to meet with old friends and make new ones. 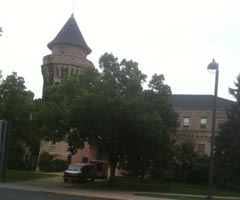 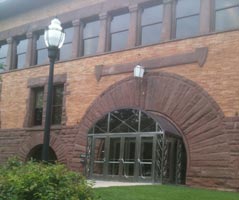 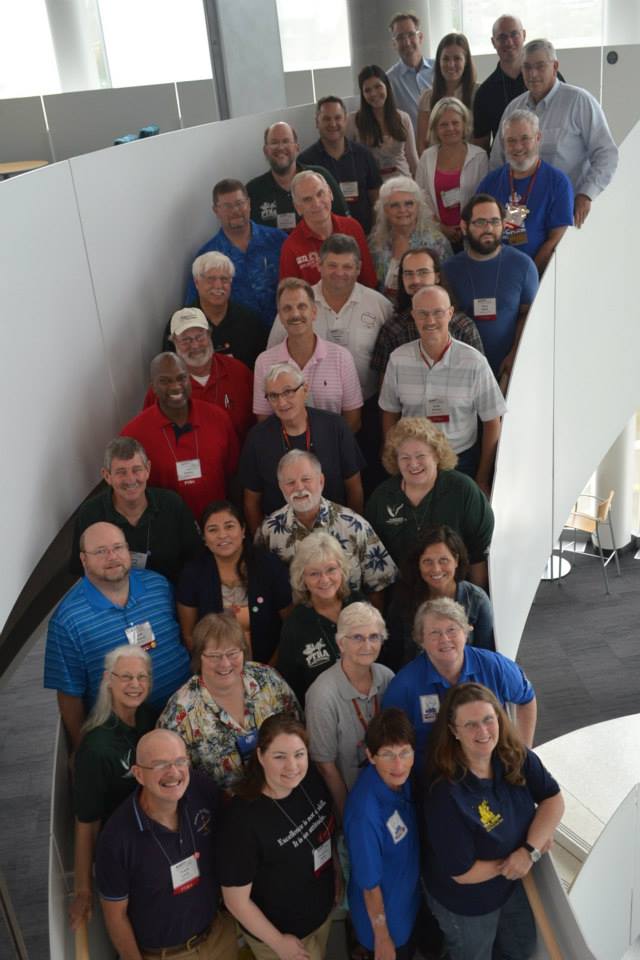 Attendees were able to participate in some great pre- and post-meeting events. PTRA held a pre-conference Summer Leadership Institute, the Two-Year College community held a New Faculty Training Experience and the Workshop for Experienced Physics and Astronomy Faculty brought together faculty and workshop leaders in an interactive learning opportunity.

The tour to the Soudan Underground Laboratory and the NOVA Far Detector Laboratory, operated by the University of Minnesota with support from the U.S. Department of Energy. The post-meeting PER Conference was focused on the theme, “Outpacing New Technologies with Novel Pedagogies:  The Role of PER in Transforming Landscape of Higher Education.”  Also, after the close of paper sessions Wednesday afternoon, there was a Mall of America Tour.

The High School Physics Photo Contest and the Apparatus Competition are always highlights of the Summer Meeting and this year they enjoyed extra attention due to their convenient location near the meeting registration.

At the meeting there were great plenary and award talks. Monday featured the presentation of the 2014 teaching awards, the Homer L. Dodge Citations for Distinguished Service to AAPT and the introduction of the AAPT Fellows program. The 2014 Paul W. Zitzewitz Award for Excellence in Pre-College Physics Teaching was presented to Bradford Hill from Southridge High School in Beaverton Oregon.  His talk, Citizen Science: Harnessing Physics to Advance Science and Mathematical Literacy, encouraged teacher to actively promote the Citizen Science program.

Bruce Sherwood and Ruth Chabay received the 2014 David Halliday and Robert Resnick Award for Excellence in Undergraduate Physics Teaching in recognition of their contributions to undergraduate physics teaching and his extraordinary accomplishments in communicating the excitement of physics to students. John Wiley & Sons is the principal source of funding for this award. Their talk was Inviting Students Into the 21st Century.

The Klopsteg Memorial Lecture Award was given to Donald Olson from Texas State University, San Marcos.  His talk, Celestial Sleuth: Using Physics and Astronomy to Solve Mysteries in Art, History and Literature.

Eugenia Etkina, Rutgers University Professor of Physics received the Millikan Medal for her notable and creative contributions to the teaching of physics.  Her talk, Students of Physics: Listeners, Observers, or Collaborative Participants, was delivered to a full house of enthusiastic physics participants.

Jim Kakalios, the author of “The Physics of Superheroes” and “The Amazing Story of Quantum Mechanics,” delivered a memorable plenary, The Uncanny Physics of Superhero Comic Books.  His talk was followed by an author signing event for those who wanted to purchase copies of his books.

The APS Plenary, sponsored by the Division of Particles and Fields, featured three speakers from the University of Minnesota School of Physics and Astronomy, Physics at the CERN Large Hadron Collider, the Past, the Present, and the Futureby Roger Rusack; Explorations in the Cosmic Frontier: Shedding Light on the Dark?, by  Clem Pryke; and The Turn of the Screw: A Chilling Ghost Story of Nature’s Most unusual Fermion, by Dan Cronin-Hennessy.

With Society of Physics Students (SPS) and regular poster sessions, approximately 45 workshops, 70 paper sessions, and 11 Topical Discussions, Area Committee Meetings, and a sold out Exhibit Hall, the 2014 Summer Meeting in Minneapolis had something of interest for everyone. We thank the University of Minnesota and the city of Minneapolis for hosting the meeting.