The AAPT of the 21st century has been greatly impacted by ongoing research on how students can best learn and appreciate physics, along with finding effective methods for implementing such findings in classrooms and laboratories. Historically it is interesting to contrast the current situation to that at the time of Floyd Richtmyer's opening article ("Physics is Physics") in that first 1933 issue of AJP (then called the American Physics Teacher). Stating, "Teaching, I say, is an art, and not a science," he emphasized the "art" of teaching, by which he seemed to mean those factors depending on the personality, charisma, and experience of each individual instructor, and he minimized the likelihood of real consensus science playing a strong role in optimizing impacts on students. While Richtmyer's "art" of teaching surely still plays a role to both teachers and students in the 21st century, the "science" of teaching physics has now become a much more visible and crucial factor that is increasingly seen as part of physics itself.

Some of the AAPT's identity with what would today be called Physics Education Research (PER) became increasingly evident in the 1970's and 1980's with the growing interest in the conceptual predispositions of students and their readiness for more abstract formalisms. This helped motivate research of the 1980's and 90's that had striking results (especially regarding conceptual understandings, epistemology, and problem solving) and helped lead to the PER movement that is today often seen as an integral part of the global physics community - including the AAPT. Robert Beichner (North Carolina State) has well described the background and impact of PER in his 2009 review paper, "An Introduction to Physics Education Research" [http://www.compadre.org/PER/document/ServeFile.cfm?ID=8806&DocID=1147]. 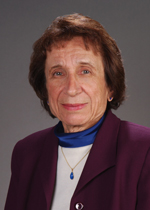 "The Physics Education Group at the University of Washington essentially started the PER field when Lillian Christie McDermott, initially hired by Arnold Arons as an instructor in courses for teacher education, branched out into studies of student difficulties with many of the central concepts in physics. The Washington team has grown and is certainly one of the most widely recognized and probably one of the largest groups in the world. ther pioneering groups include those started by Dean Zollman at Kansas State, Bob Fuller at Nebraska, and David Hestenes at Arizona State. Fred Reif, first at UC-Berkeley and later at Carnegie Mellon, continues to influence many others. Seymour Papert's work also had a substantial impact, especially on the use of technology as a tool to be used by children as they learn. Some of the larger current US groups include those at North Carolina State University, University of Maryland, University of Colorado, University of Maine, and The Ohio State University. There is a sizable number of international groups that are having an increasing influence on the PER field in the US. These and other groups—along with many individuals—are exploring a wide range of subjects, but all PER specialists are basically continuing the legacy started by McDermott. 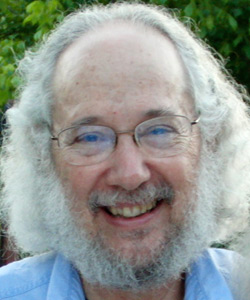 There has been a series of meetings that focused on physics education research. One of the first of these was held at North Carolina State University in the fall of 1994. Discussion topics ranged from the types of studies carried out by physics education researchers to the curriculum that PER graduate students needed to see. An outcome of the meeting was a 1995 white paper submitted to NSF by a prominent group of physics education researchers which may have had some influence on NSF's generally positive view of PER. Joe Redish believes the white paper contributed to him securing funding for the International Conference on Physics Education (ICPE), which was held at Maryland just before the American Association of Physics Teachers (AAPT) summer meeting in 1996. Between the ICUPE and AAPT meetings there was an "Interval Day" meeting where approximately 75 people discussed what was needed to advance the PER field. It was decided that Redish would pursue additional publication space and Dean Zollmann would attempt to create a piggy-back conference for the next AAPT summer meeting. Since 1997 there has been such a conference (called PERC) held every summer. During recent years the proportion of conference talks given at AAPT meetings on the findings and applications of PER has increased dramatically. There are also regular PER sessions at meetings of the APS, sponsored by the Forum on Education (FEd)."

The professional growth of PER has not been without struggles. From its onset, PER physicists have sought well-recognized and visible publication venues. AAPT's AJP has played an important role in meeting that need since it is a journal that is read by many undergraduate instructors, and this led to its long-supported special PER Section and Section Editor [see also, for example, the extensive AJP Resource Letter: Lillian C. McDermott and Edward F. Redish, "Resource Letter: PER-1: Physics Education Research," Am. J. Phys. 67 (9), 755-767 (1999)]. More recently publication pressures for PER researchers have also been helped by Physical Review Special Topics - Physics Education Research (PRST-PER), which is a peer-reviewed, online open-access journal, published by the APS, and also with co-sponsorship from the AAPT and the APS FEd.

There have also been challenges and subsequent achievements in facilitating the professional networking of PER workers (graduate students, postdocs, research staffs, and faculty members). In his "Introduction to Physics Education Research," Beichner summarized the situation in 2009 (see above link),

"There have been several efforts over the years to consider and/or create an organizing body for physics education researchers (cf. "The Perfect Parent Organization for PER"). For US researchers, there are strong ties to both the American Association of Physics Teachers and the American Physical Society. Recently the PER Leadership Organizing Council (PERLOC) has been formed as part of the PER Topical Group within AAPT. The APS Forum on Education has been in existence for many years. Quite a few PER specialists are members of both groups. Most members of the European Physics Education Network and the International Commission on Physics Education are from outside the US. Certainly everyone could benefit from sharing information across national boundaries. . . . . . The Physics Education Research Community Enhancing Network for Research and Learning, known as PER-CENTRAL [http://www.per-central.org/], is a website that tries to be a sort of "home base" for the world-wide PER community."

The complementary relationship between the AAPT and PER communities is very strong. Still there are limits to this interaction. For some PER workers, the APS may better provide a crucial research identity - as noted above regarding PRST-PER. In addition the AAPT must provide needed services and intellectual stimulation to a very diverse membership, and some of this wide-spread network of members will have less interest in details of the work of PER. Thus the AAPT Executive Board, Program Committee, and Meetings Committee must continually strive to achieve the needed balance between PER and other more traditional physics topics.