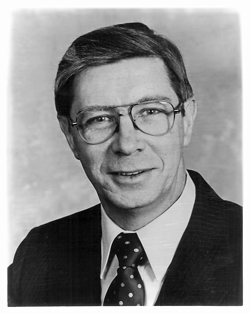 Members of AAPT were at first elected by the Executive Committee, with a two-thirds majority needed for election. Two sponsors were required on all applications for membership. Those eligible were "(a) teachers in institutions of collegiate grade; and (b) those whose interest in education is primarily in physics of college and university grade." In December 1933, election of members was delegated to the officers, and there was much discussion in the Executive Committee of what was called "the secondary school problem." The consensus of opinion was that requirements for admission be changed so that it would be possible for more secondary school teachers to become AAPT members, but the constitution seemed to read otherwise. The solution arrived at was a new interpretation of eligibility requirement (b) above: "The Executive Board rules that all teachers of physics who have professional qualifications equivalent to those required of teachers of college physics are eligible for membership in the Association."

The quite unwarranted fear that the Association might be taken over by the athletic coaches who taught physics in many of the small high schools of the day persisted for a number of years. Only in 1938 was the eligibility requirement (b) changed to read "other persons whose election will, in the judgment of the Council, promote the objectives of the Association." Also in 1938 the category of junior membership was established to admit college and university students with a major interest in physics and two years of college physics or the equivalent. The name of this category was changed from "junior" to "student" in 1975. Not until 1970 was the requirement of signatures from two sponsors relaxed.

Despite the differences of opinion on the eligibility of high school teachers for membership, AAPT from its beginning paid a great deal of attention to the teaching of high school physics. As early as 1934, "support for work on the improvement of teaching in secondary schools" was listed as one of the major tasks of the Association. In 1935 a Committee on Physics Teaching in Secondary Schools submitted a report, and in 1939 a sustained effort in this area was undertaken by a committee whose members were: H.W. LeSourd (a charter AAPT member, Milton Academy), R.J. Stephenson (University of Chicago), G.W. Warner (Wilson Junior College), and Karl Lark-Horowitz (Purdue University, committee chair). This committee made and reviewed studies of the high school physics situation, established contact with parallel groups in the fields of chemistry, mathematics, and biology, and initiated the formation of an all-science Cooperative Committee on Science Teaching. R.J. Havighurst, the x-ray crystallographer known for working out the atomic structure of rock salt before turning to science education, was chair of this committee for a number of years. The Committee was finally taken over by AAAS.

Much of the Committee's work emphasized the problems involved in teacher preparation and continuing education for teachers. Teacher certification requirements in the various states merited much attention, particularly during the years that most students attended small schools in which "one and the same teacher has to divide his attention among a great many unrelated tasks." There was considerable discussion as to the general nature of the high school physics course—pure or applied, terminal in design or college preparatory—but AAPT did not make recommendations on the content of high school texts and laboratory manuals until the middle fifties. High school teachers were included on the various committees concerned with high school physics, but the early AAPT leadership remained in the hands of college teachers, several of whom, including H. Winston Cram of Kansas State Teachers College and Ralph W. Leffler of Purdue University, were well known as effective educators of teachers. The first high school teachers joined the board in the 1960s. In 1984, Joe P. Meyer of Oak Park and River Forest High School near Chicago became the first high school teacher to serve as AAPT president.

In January 1958, Lester Bochstahler of Northwestern University, speaking for the Committee on Physics in Secondary Education, proposed the establishment of a high school awards program. A special committee was set up, with the project spearheaded by Bochstahler, Cram, and Eric D. Rodgers of the University of Alabama. These awards were given to high schools in recognition of superior physics programs and faculty qualifications. The Committee devised a plan for award allocation that involved the division of the country into six regions and the schools into three categories according to size. At least one school was chosen from each region and 10 awards were given each year; not more than one award in any single region was given in the same size category. The awards were made locally and presented by an officer or prominent member of the Association, with appropriate press releases sent to the local papers. The prizes themselves consisted of teaching apparatus donated by manufacturers. The program continued through 1971, when a general reorganization of committee structure took place.