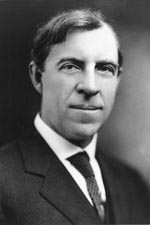 The outbreak of World War II coincided with the beginning of a new AAPT tradition. Since 1940, it has been an honor to be chosen to give the Richtmyer Memorial Lecture. F.K. Richtmyer of died suddenly in November 1939, and a proposal for the lectureship was approved the following year.

The first Richtmyer Lecture was delivered by A.H. Compton before a joint meeting of APS and AAPT on December 30, 1941. This was less than a month after Pearl Harbor, and ’s title was very appropriately titled “War Problems of the Physics Teacher.” [This address has been reprinted in the volume On Teaching Physics (AAPT, Stony Brook, NY, 1979).] The official description of the lectureship appears in a statement of policy prepared by a committee chaired by W.C. Michels and approved by the AAPT Council on January 30, 1956:

"The Richtmyer Memorial Lecture is given annually in memory of Floyd K. Richtmyer, distinguished physicist, teacher, and administrator. Professor Richtmyer was one of the founders of the American Association of Physics Teachers; he served the Association in many capacities, including the presidency; as editor of the Journal of the Optical Society and Review of Scientific Instruments he had wide influence on the development of physics in the United States; as a teacher, author, research worker, and dean he was the guide of many young physicists who became leaders of American science. It is not expected that the lecturer should reflect any particular interest of Professor Richtmyer; the topics chosen for it are, rather, those in which he would have found interest if he were still alive."

Since the Richtmyer Memorial Lecture is given before a large audience, comprising a cross section of all members of The American Physical Society and of the American Association of Physics Teachers, its topic traditionally has been one of general interest, presented in a manner suitable for non-specialists. The appropriate length has been found to be 40 to 45 minutes. The lecture is to be published in the American Journal of Physics as soon after the annual meeting of the Association as is practicable. 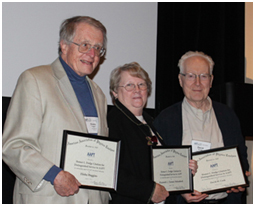 The Distinguished Service Citations were initiated in 1952 on the recommendation of the Awards Committee. It was reported at the annual meeting in January of that year that “there shall be instituted a new type of award in addition to the Oersted Medal called ‘Citation for Important Contributions to the Teaching of Physics,’ the number and reasons for granting such awards to be left to the discretion of the [awards] Committee.” In 1953 the Council voted that notices of these awards be published in AJP, and in 1956 it was recommended that the citations “be read at the annual business meeting of the Association, and, if possible, that the recipients be present.” The number of these awards per year has varied from two to eight or ten. Distinguished Service Citations have usually been awarded to teachers, but the lists include other contributors to physics education. It should be noted that none of these AAPT honors is restricted to members of the Association. Since 2013, Distinguished Service Citations have been appropriately named in honor of AAPT's first President, Homer L. Dodge. 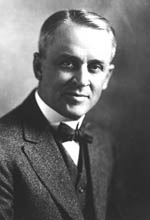 The third major award to be established is the Millikan Lecture Award. Since its history was inadvertently confused for some years, it seems appropriate to set out the facts in detail. It all began, so far as the official records go, with the annual business meeting on January 26, 1963, when “Samuel C. Wheeler, Jr. [of Denison University] moved that an appropriate memorial lecture be established for the summer meeting of the Association to serve as a highlight of this meeting and to be the summer complement of the Richtmyer Lecture, and that the lectureship be made retroactive so that Paul Klopsteg’s address at Carleton [summer meeting, 1962] be designated as the first lecture.” (Klopsteg’s lecture was entitled “The Early Days of the Association,” a subject on which he was supremely qualified to speak.) An offer from Prentice-Hall, Inc. of support for an annual award “to be used in recognition of an individual for notable contributions to the teaching of physics” was accepted “with sincere thanks” by the Executive Board on June 27, 1963, and combined with Professor Wheeler’s earlier proposal. The Wheeler motion (including the designation of Paul Klopsteg’s 1962 address as the first lecture) was restated and approved. It was at this time that the name of Robert A. Millikan was chosen for the lecture award.

According to the instructions, “The lecturer is to be selected by the Awards Committee for his notable and creative contributions to the teaching of physics.” The first lecturer chosen by the Committee, H.V. Neher of the California Institute of Technology, spoke appropriately on “Millikan: Teacher and Friend,” at the summer meeting in 1964.

At an Executive Board meeting on January 25, 1966, “Irving Dayton moved that the Executive Board recommend to the Council that a Robert A. Millikan Lecture Award medal and certificate be established and that prior winners be presented medals and certificates. The motion was seconded and approved without dissent.” The Council adopted this recommendation three days later. A medal was designed that met the approval of the Millikan family, and a medal and certificate were sent to Neher and to John King, the 1965 lecturer, but Paul Klopsteg was unaccountably overlooked at the time! Only in 1975 was this error noticed and rectified. 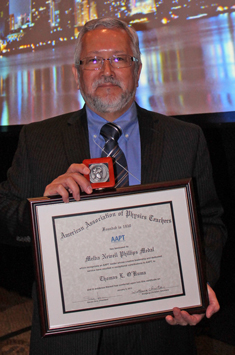 At its October 1981 meeting, the Executive Board of the Association created the “Melba Newell Phillips Award, in recognition of her creative leadership and dedicated service. This Award is to be given only occasionally to subsequent AAPT leaders who display similar achievements and exceptional contributions.” The first recipient of the Award was Melba Phillips herself (Emeritus, ), in January 1982. A complete listing of recipients can be found on the Melba Newell Phillips Medal page on the AAPT website.

In 1983 the United States Congress established the Presidential Awards for Science Teaching, and an AAPT member has represented the physics community on the steering committee from the inception. Each year’s awardees have included active AAPT members. In 1985, James Nelson of in was among those selected. In 1984-85 he had served as the AAPT Visiting Fellow,  He later served as AAPT President and a foundational PTRA leader.

In 1990 the Association established the Paul Klopsteg Lectureship in honor of a principal founder, a former President, and a long-time active member of AAPT. [See The Physics Teacher 10, 212 (1977).] The Lecture, a feature of the Summer Meeting, is on a topic of current significance that is of general interest and at a level suitable for a nonspecialist audience.  The Klopsteg Memorial Lecture Award recognizes an individual with a record of outstanding communication of the excitement of contemporary physics to the general public. 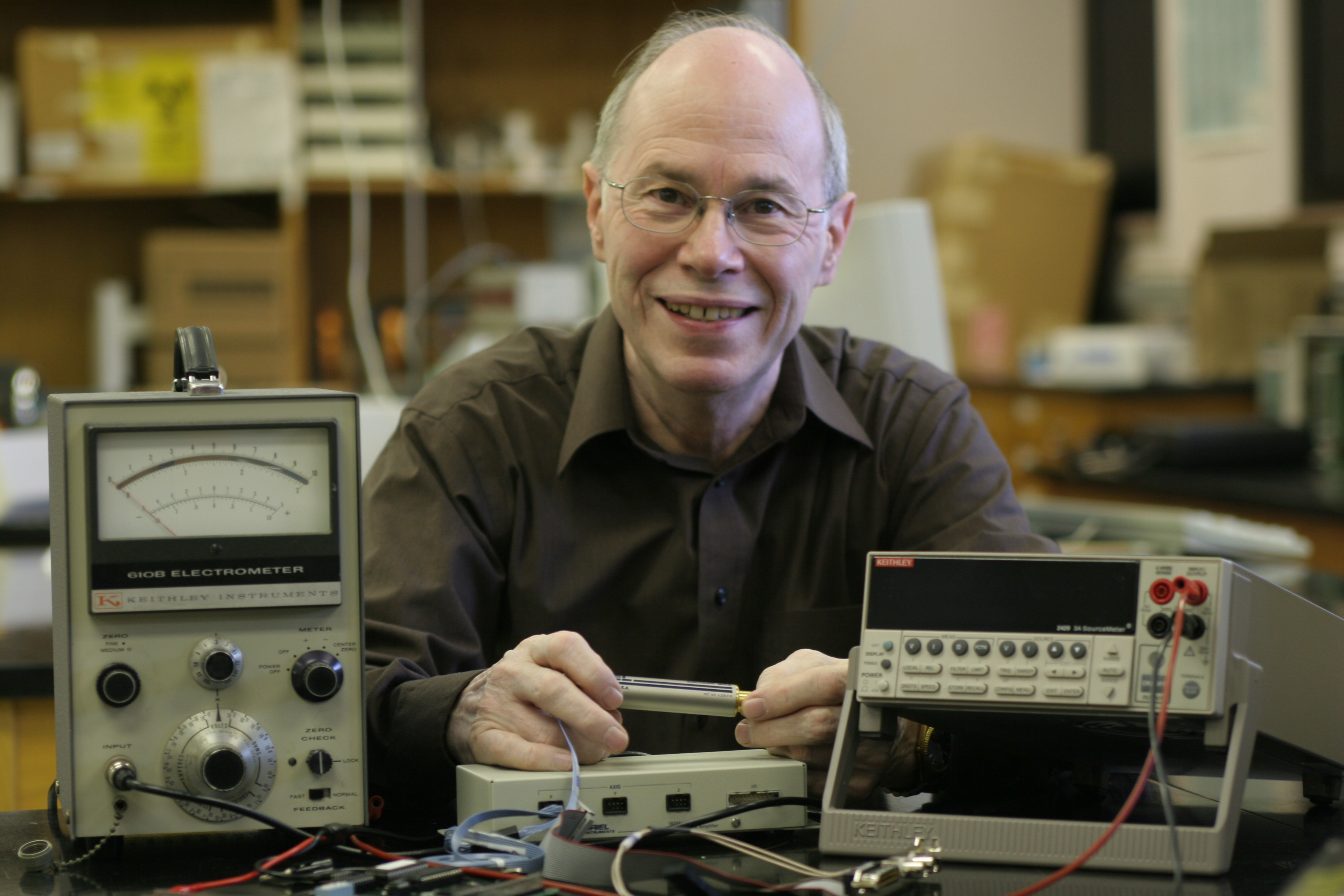 In 1993 the Association established the Pre-College Physics Education Award and the Introductory Undergraduate Award to recognize contributions to physics teaching at the pre-college and college levels respectively. In 2010 the undergraduate teaching award was renamed as the David Halliday and Robert Resnick Award for Excellence in Undergraduate Physics Teaching. And in the same year, the now endowed pre-college award was also renamed as the Paul W. Zitzewitz Award for Excellence in K-12 Physics Teaching in recognition of Paul's long work with AAPT and as principal author of a highly acclaimed and widely adopted high school physics text.

The year 2010 also marked the first presentation of the John David Jackson Award for Excellence in Graduate Physics Education. The award follows from AAPT's long identity with physics teaching at the highest level, and it is presented to physicists and physics educators who (like Professor Jackson after whom the award is named) have made outstanding contributions to curriculum development, mentorship, or classroom teaching in graduate physics education.

In 2014 the AAPT (with ALPhA –the Advanced Laboratory Physics Association) first established the AAPT-ALPhA Award honoring an undergraduate physics student's (or group of students) contributions to an advanced physics laboratory experiment. TeachSpin, Inc. agreed to fund this award for the first five years. During that period, AAPT and ALPhA are to solicit contributions to establish a permanent endowment for this award.

In 2014 the AAPT took steps to establish the AAPT Fellow designation. The primary criterion for selection of AAPT Fellows is an exceptional contribution to AAPT's fundamental mission of enhancing the understanding and appreciation of physics through teaching. AAPT Fellow election is a distinct honor signifying recognition by one's professional peers. Any AAPT member who has maintained an active membership for at least seven years is eligible for nomination for Fellowship. Nominations are made through an online process developed by the Executive Office. Those long-term members receiving the Distinguished Service Citation in the past were also initiated as AAPT Fellows in 2014.